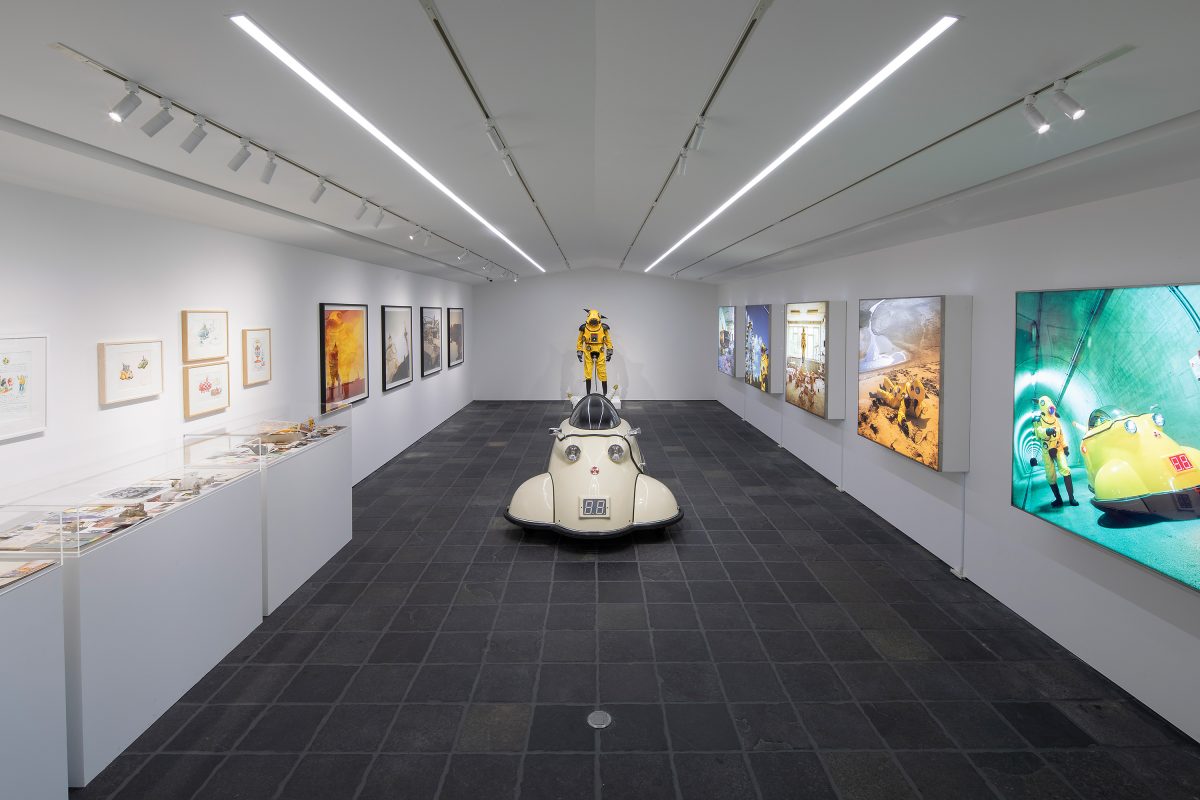 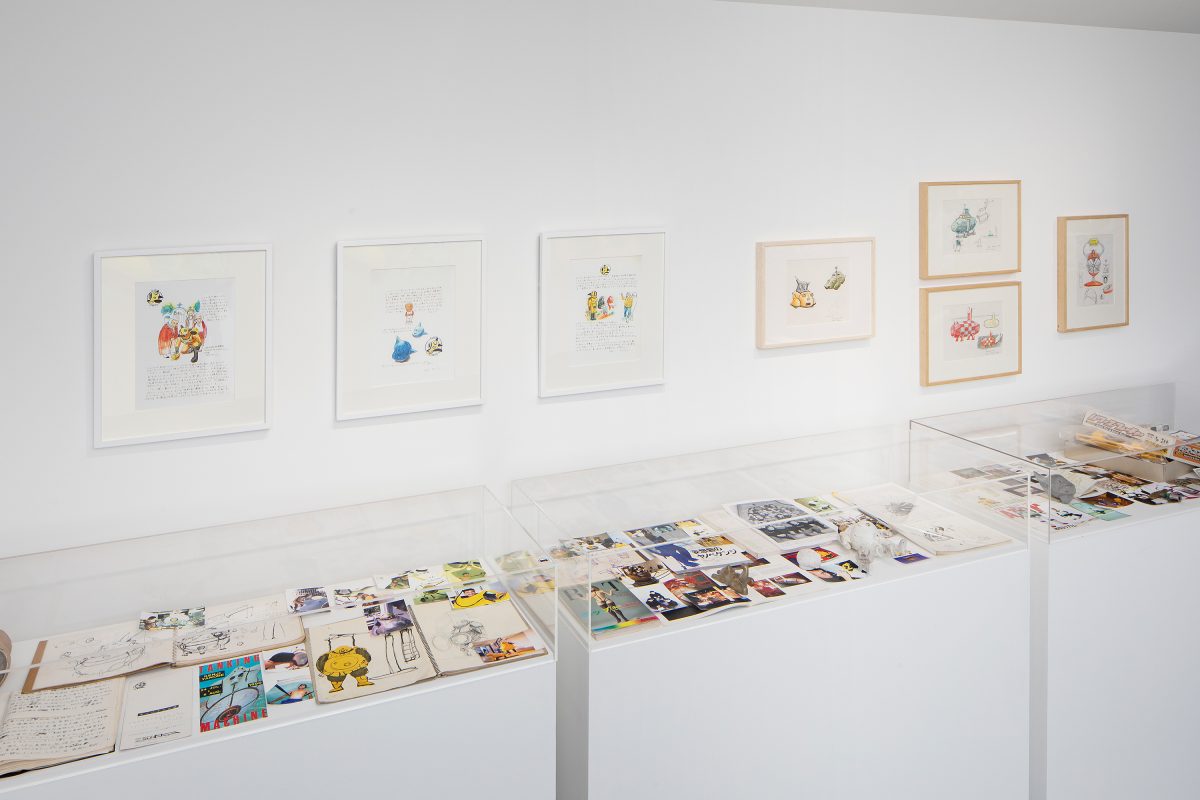 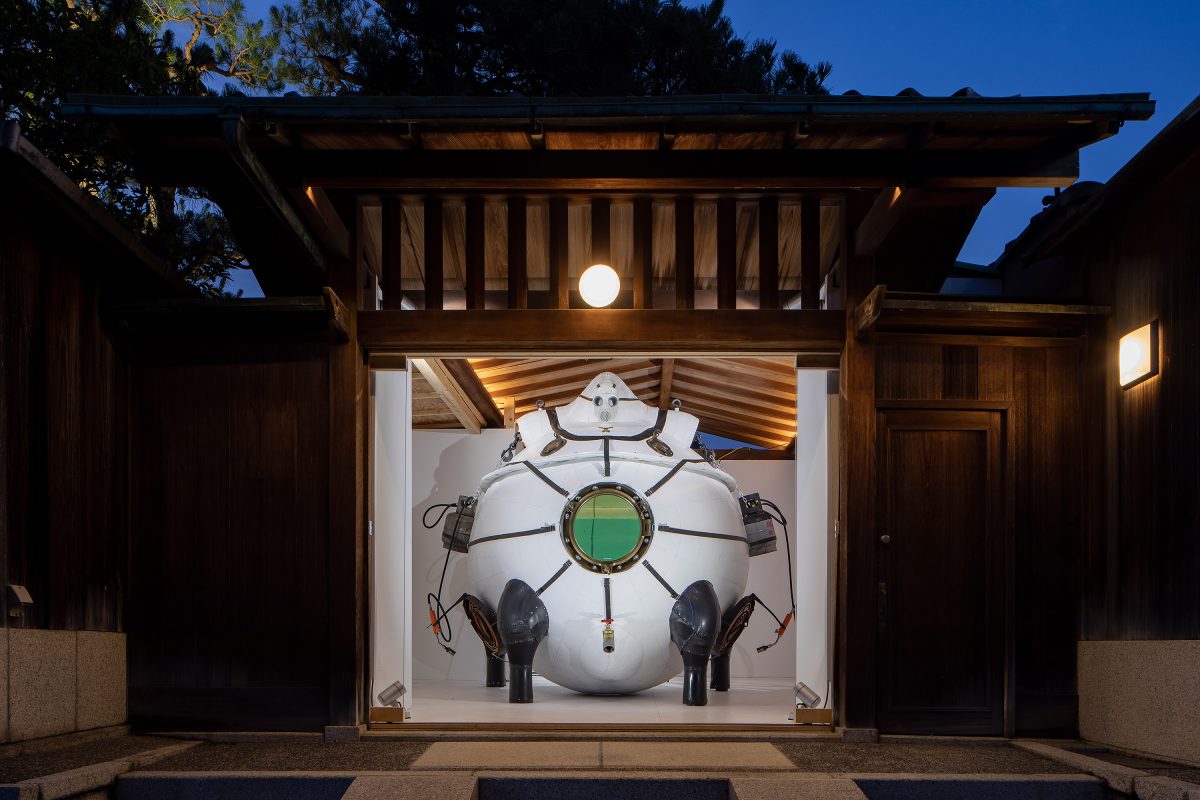 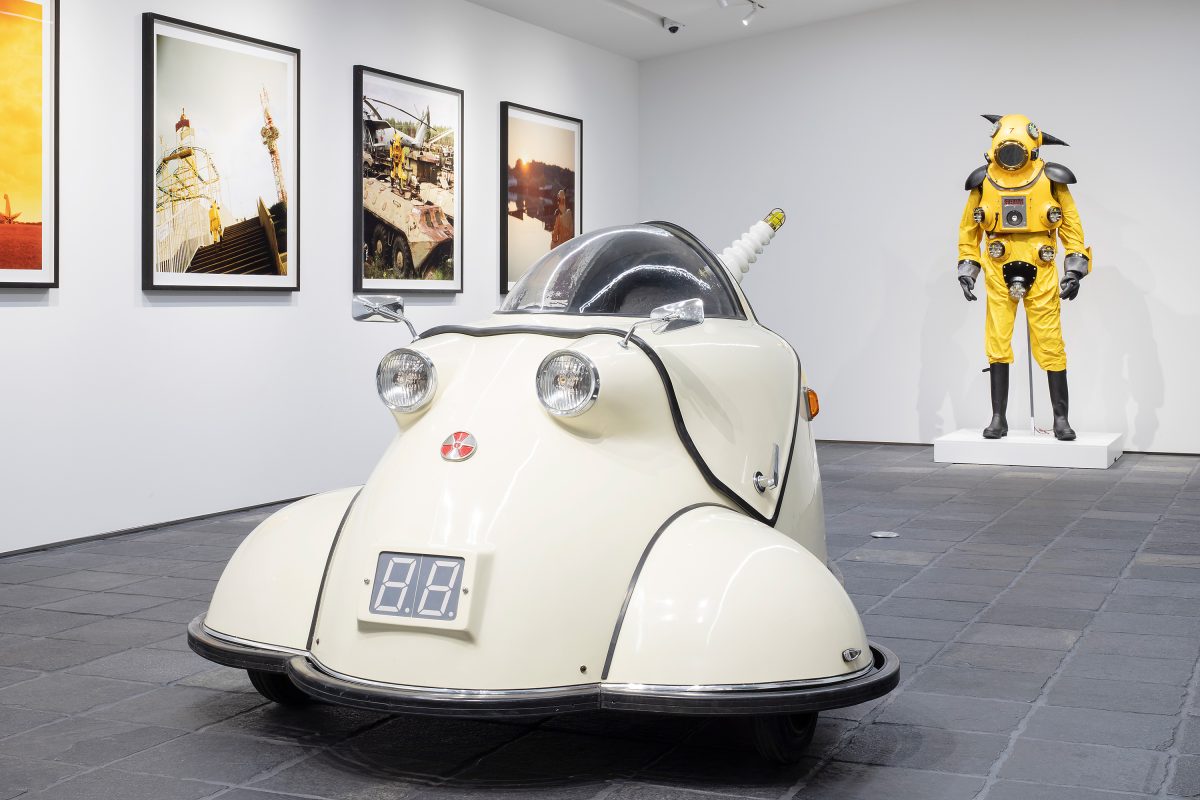 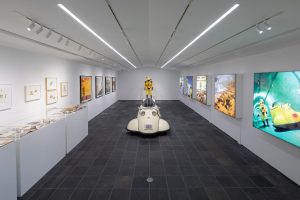 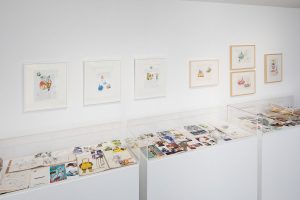 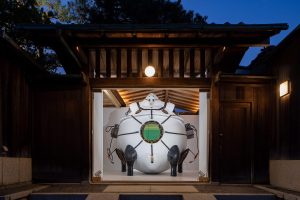 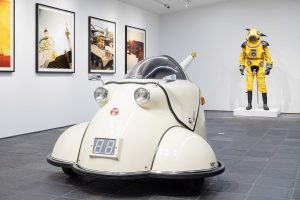 
While attending the Royal College of Art (RCA) in 1989 YANOBE realised that his peers, who had lived in an environment which exposed them to great works of Western art from a young age, and thus naturally accumulated both a certain aesthetic sense, as well as a strong knowledge of art history. He began to reckon with the possibility that he, as a Japanese person, might not be as predisposed to create powerful works within the field of Western art, and started to reflect on himself as an artist. By looking back on his experiences, and what he had been exposed to as a child, YANOBE came to appreciate the impact that a continuous love for manga, anime, science fiction, and Japanese ‘tokusatsu’ special effects films had come to have, both on his sense of aesthetics, as well as the ways in which he expressed himself artistically. Characteristics rooted in these subcultures subsequently became a key element defining the artist’s sculptural works.
While brainstorming ideas for a sculpture, the American neuroscientist John C. Lilly’s invention ‘Isolation Tank’ caught YANOBE’s attention. According to Lilly, by floating in a tank filled with a physiological saline heated close to body temperature, and with all five senses completely disconnected from the outside world, one is able to see illusions in the process of reaching down to the deepest depths of one’s memory. As YANOBE learnt about the ‘Isolation Tank’, he came up with the idea of using it as a device to meditate on himself, as if going back to his mother’s womb, or to his very origins.
‘Tanking Machine’ made its first appearance in 1990, at a solo exhibition of YANOBE’s held at ‘Art Space Niji’, a gallery located on Sanjo-dori street in the Higashiyama area in Kyoto. The gigantic sculpture was designed so that its dimensions (240cm height x 240cm width x 240cm depth) perfectly fit the gallery space, and could be separated into upper and lower sections when being carried in or out. The invitation letters requested that visitors bring their own bathing suits to the gallery, and the interactive, participatory nature of the exhibition quickly become the topic of much discussion within the art world; many curators visited in order to experience being immersed in the tank. In 1996, ‘Tanking Machine’ made another appearance at the ‘Traffic’ exhibition curated by Nicholas Bourriaud, which featured a collection of artworks that fell under the category of ‘relational art’. Thirty years after the prototype’s creation, ‘Tanking Machine’ has been recreated and retitled; ‘Tanking Machine Rebirth’ (2019) made its debut at the ‘Parergon’ exhibition in the Blum & Poe gallery in Los Angeles, alongside other contemporary Japanese art from the 1980s and 90s.
In 2020, the outbreak of the COVID-19 pandemic caused cities across the world to order lockdowns or implement stay-at-home requests for its citizens — all movement was forced to an almost complete stop, essentially 'quarantining' the whole world. Being trapped in a state of quarantine might sound negative but on the bright side it also presents the opportunity to bring forth outstanding accomplishments. During an outbreak of the plague in 1665, Sir Isaac Newton, at the time enrolled at Cambridge University, was forced to pursue his research at home in his hometown of Woolsthorpe while abiding by the stay-at-home request and city lockdown. However, Newton’s discoveries concerning gravitation, calculus, and optics were highly influential, and 1665 thus came to be known as the ‘Year of Wonders’. Today, Newton’s findings are still considered seminal achievements in the fields of mathematics and science. In this exhibition, ‘Tanking Machine Rebirth’ is shown again right here in Kyoto, in the hope of nurturing creativity in this time of isolation, and encouraging ‘rebirth’ afterwards. The exhibition also displays several other unique works by Kenji YANOBE.